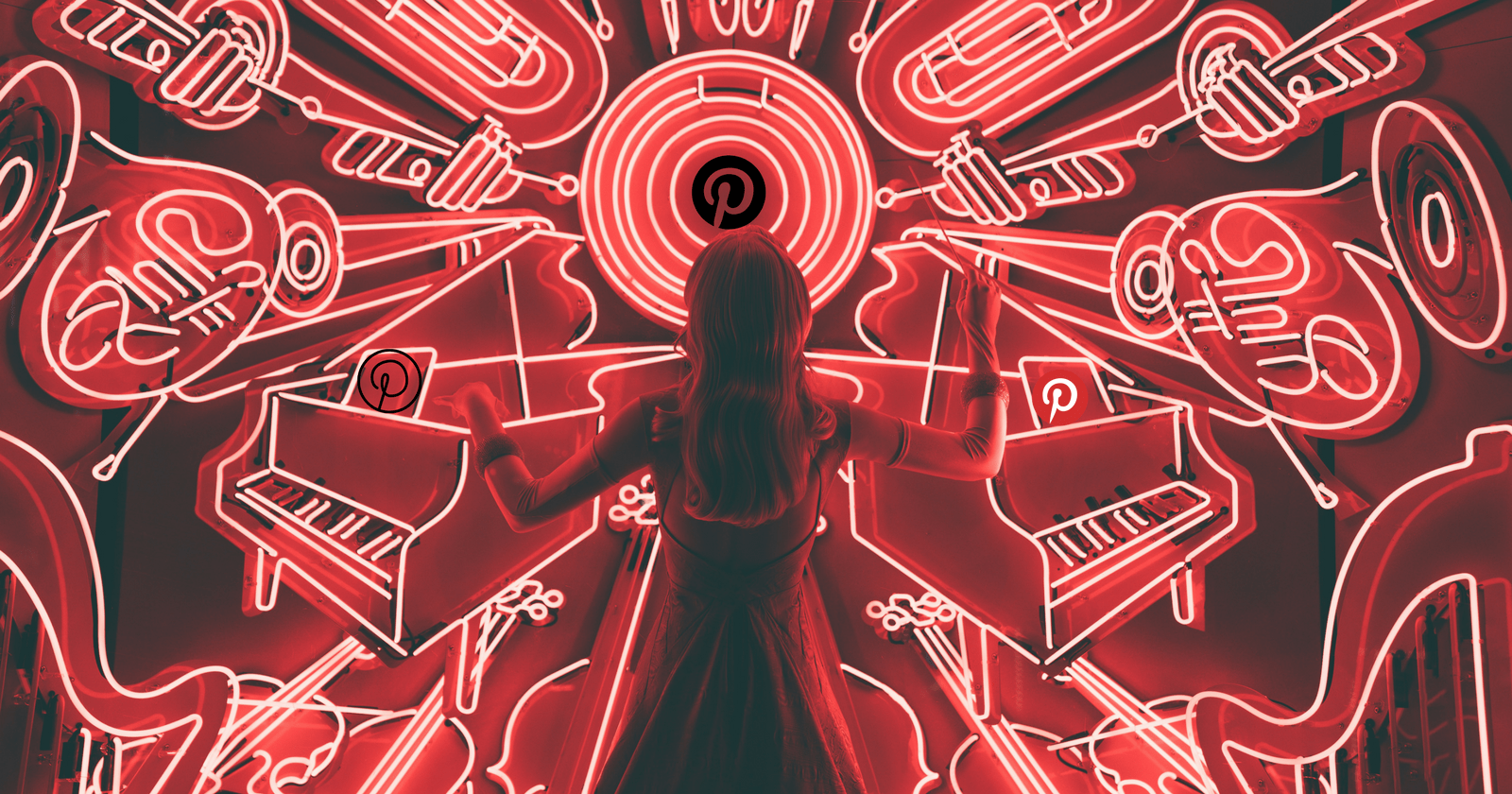 We’ve compiled impressive Pinterest Statistics that illustrate why Pinterest is indeed royalty and in a nutshell, these are ……drumroll, please………:

Pinterest user growth was attributed by. personalizing Pinners’ experience on the platform through improving search recommendations and boosting its video content and shoppable products. This means that Pinterest has the potential for business to grow. We recommend using Heropost, for your marketing and analysis.

Pinterest has always owned its appeal to women. Females appear to be much more active than males on Pinterest. 71% of global Pinterest users are female, according to Statista. Pinterest Business states that in the US, Pinterest reaches 83% of women ages 25-54. That same group makes 80% of the buying decisions in US households and they are harnessing the power of Pinterest to visualize their future.

Importantly 85% of women on Pinterest use it to plan life moments, compared to 44% for Instagram and 53% for Facebook. 43% plan on getting their ideal home within the next five years. 58% say it helps them make shopping and purchasing decisions. 70% use Pinterest to find accessories, watches and jewellery. 52% of Pinterest users spent $500 or more on beauty products within six months. This stat is important because it allows you to understand that women have the power on this app so your marketing campaign must align with their needs.

In terms of men, only 40% of them are new signups whilst women are 70%. These figures are impressive and if you use Heropost you can effectively plan your social media strategy to drive sales according to your audience.

Pew Research also looked at the relative income levels of. Pinterest income demographics and found that:

Pinterest Business further states that 40% of Pinners Have a Household Income of $100k+. More importantly, 87% of Pinners have purchased a product because of Pinterest. This factor alone further establishes that Pinterest has great potential for businesses.

Marketers need to acknowledge that Pinterest is integral to their marketing campaigns because the following stats are impressive:

****47% of Pinners log onto the site specifically to shop, making it nearly four times more effective at generating sales than other social platforms.***** I had to asterisk this very important note because you need to understand that Pinterest is key.

The fact that Pinterest rolled out Shop the Look ads, allowing advertisers to tag up to 25 items in an image, and added a “Shop” tab to business profiles that enables people to shop items directly from a business’s profile has made Pinterest become royalty.

Importantly 78% of users say content from brands is useful, including ads. To fully take advantage of this point, we at Heropost believe you should combine Pinterest analytics and Heropost to determine exactly what your audiences are responding to but only after you have made the relevant content.

7. 85% of Pinterest’s Users Access it With Their Mobile Devices

Mobile access means ease of access. 85% of Pinterest users prefer reaching the platform via their smartphones, therefore, create content optimized for mobile, material clear and easy to read for smaller screens and stick with high-quality images, especially the ratio mechanics of Pinterest

To answer the mobile device need, in 2019,  Pinterest introduced Mobile Ad Tools, a feature that lets marketers and businesses create and manage Pinterest campaigns right from their phones.

8. Advertising on Pinterest, on average, earns a gross return of $4.3 on every $1 spent

Analytic Partners stated that Pinterest statistics show that it delivers a more efficient and effective ROI than other types of media as it shows a $2 in profit for every $1 spent on advertising. Advertisers can increase their Pinterest spend to 5% of their total marketing budget while maintaining ROI. This means that there is an opportunity for marketers to scale their spend and drive a proportionally larger business outcome.

9. Pins have lives in months, much longer than the posts on other social media platforms

Out of the 12 Pinterest Statistics Every Social Media Manager Should Know, we really love this one. Marketing expert Jeff Bullas stated that “ The average useful lifespan of tweets on Twitter is measured in minutes while posts on Facebook have their useful existence for a few hours. In contrast, an average pin on Pinterest can come up in searches months after it was originally posted.” This is important because you’re getting more bang for your buck so as to speak.

Marketing expert Jeff Bullas explains that, If you take into account the relative number of active users, Pinterest ranks at the top when it comes to getting its users to visit shopping sites. The traffic it drives to these sites is not just 33% higher than Facebook but an incredible 200% higher than Twitter.  This stat alone should begin to make you wonder if you’re implementing the right marketing strategy for your business.

11. Nine out of 10 Pinners describe Pinterest as filled with positivity

Pinterest’s co-founder said the platform may be “the last positive corner of the internet.” Pinterest stated that 90% of users agree that Pinterest is “filled with positivity”. This is good for business because there is no need for a social media detox on Pinterest, unlike Facebook and Instagram. Your customers will remain engaged.

That is relatively short compared to other social networks such as:

What you need to understand about this stat is that users on Pinterest are using this time for important issues. Think about how many times you have been on Instagram and have gone down some wormhole or ending up searching for things that aren’t useful.

We hope we did justice on the 12 Pinterest Statistics Every Social Media Manager Should Know. These Pinterest stats we’ve highlighted, establish that one can not simply ignore the potential of Pinterest. Its ability to connect and reach millions of users across the world is key. Furthermore, your competitors are already using this app so this should send alarm bells ringing.

Sign up with Heropost to write better captions, post at your best times, track your analytics, and more.

Emily Brown, lead content producer at Heropost. USC Alumni. Family, friends, dogs and sunshine with a bit of surfing in between.