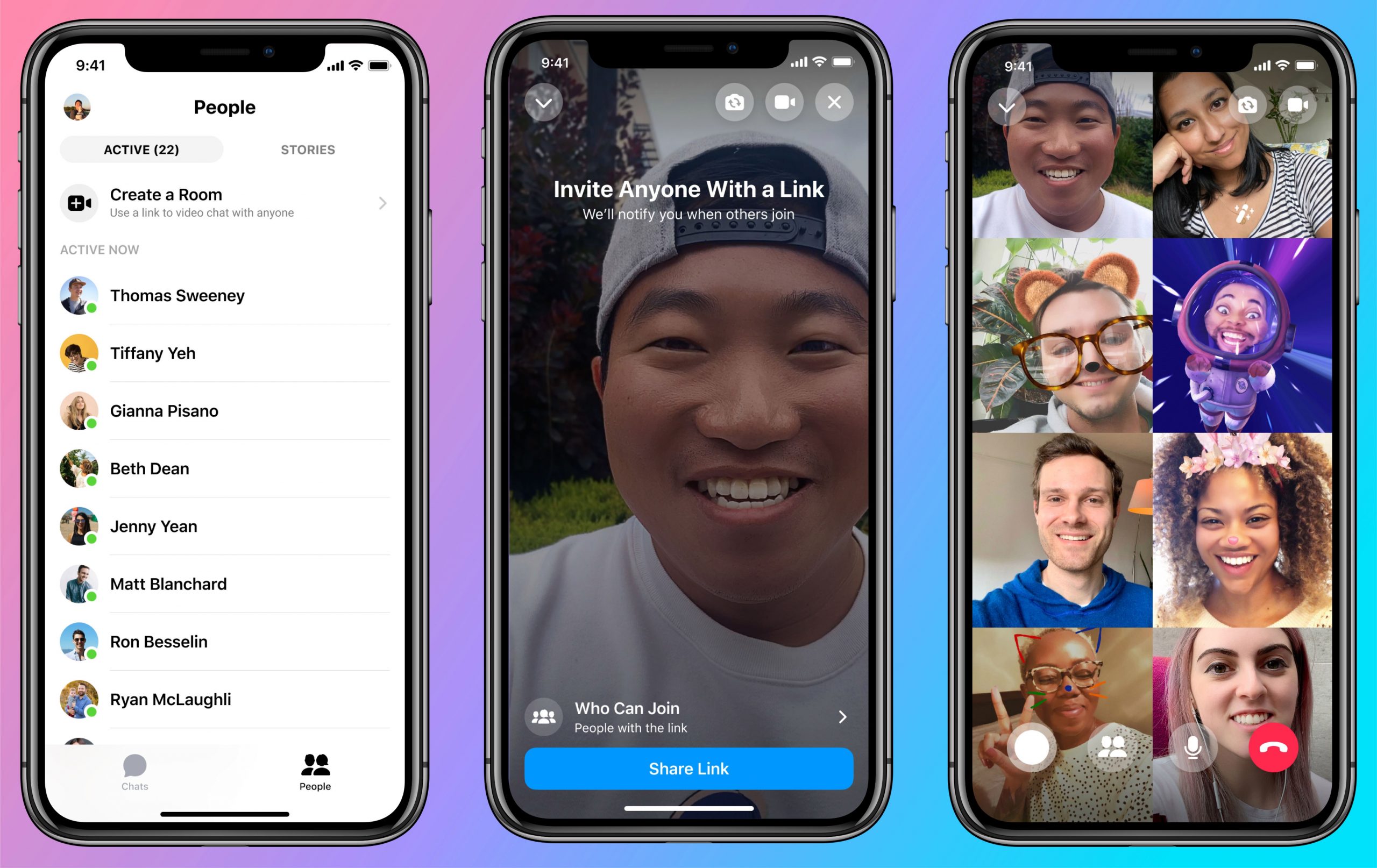 Facebook’s newest feature, Messenger Rooms is extremely ideal during these times and going forward. Zuckerberg seems to be prioritizing products that are helping people stay connected better. In this article, we are just going to focus on its features. The reason, being is because there are a lot of videoconferencing apps out there and we just want to showcase its highlights.  These are the Useful and Important Facebook Messenger Rooms Features that we know of.

Add up to 50 people in a Messenger Rooms

This new Facebook feature lets people join in a group call within a “room” with up to 50 people and there’s no time limit on calls. This feature is also top-notch in the fact that you can invite up to 50 people to join a video call even if they don’t have a Facebook account. Tech experts state that it’s coded and modelled after similar conferencing tools like Zoom and Houseparty.

Start a room using the Facebook app or Messenger app

Facebook Business states that “you can start and share rooms on Facebook through News Feed, Groups and Events, so it’s easy for people to drop by. The fact that you do not need to download a separate app to try Messenger Rooms is a major plus. What’s also a great feature is that the creator of the room holds the keys. You basically can kick out unwanted guests so as to speak.

It will be compatible on your Facebook Owned Apps Soon

Facebook-owned apps ie Instagram and Whatsapp will have this feature soon. Zuckerberg states that “you can simply send people a link to your room, and they can drop in and hang out with you even if they’re not on Facebook.”This is a game-changer I don’t see any other video conferencing serving this new design by Facebook.

Think about it. The ability of Facebook users being able to share links enabling non-Facebook users to join Rooms via a web browser on both desktop and mobile is simply a masterstroke. Understand this, Zoom’s share price sank 3.7% from the day before about $163 in the minutes following Facebook’s announcement, after hitting a record high of $181.50 earlier in the day.

Importantly Facebook states that they will expand the group video calling within WhatsApp, which has more users than Messenger, but is capping the number of participants there at eight people.

You can see the rooms your friends are currently in

Zuckerburg states that “You’ll also be able to discover rooms your friends are in at the top of News Feed, and it’s easy to drop by and say hi. You don’t need to schedule a time to hang out like other video conferencing tools.” This feature again illustrates that Facebook is not playing around.

You can change your background

This is a feature that Zoom also has but the fact that Facebook will also have it makes it undeniably a winner. Zuckerburg states that “There are 360-degree immersive backgrounds that make you feel like you’re in another place and features like AI-powered mood lighting all things to make your video experience better and make you feel closer to the people and things you care about,”

There’s no time limit on calls.

This yet again is a masterstroke. We really love this feature because there is no need to schedule meetups. Convenience is probably the top priority of Messenger Rooms. I think going forward with remote work being the norm, this feature will come in handy.

Yes, the creator of the rooms can boot people out but other people can report the whole room itself if they deem it unfit. The Verge states that Zuckerberg says in an interview, “A lot of the time that I’ve spent on this has been on privacy, security, integrity reviews, and how do we make sure that a lot of the use cases that have been problematic around Zoom are not going to be things that are replicated here.”

Rooms will be available in nearly all countries where Facebook is available.

Room calls are not end-to-end encrypted

Calls are not encrypted but Facebook says it does not view or listen to calls. Livemint states that Zuckerberg’s plan to extend end-to-end encryption across messaging services would also apply to Messenger Rooms.

In these times this is a much-needed feature.  This button feature will be available on live streams, allowing users to raise money directly from their broadcasts in the countries where fundraisers are available.

Check Out this video Of Messenger Rooms.

We hope you take advantage of The Useful and Important Facebook Messenger Rooms Features.